Ontario is not far behind, in the windscam destroying South Australia… 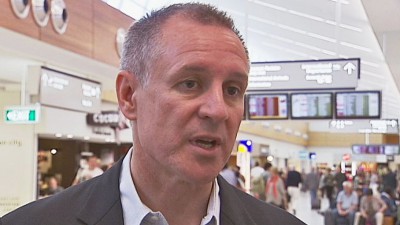 Jay Weatherill stars in the biggest and most expensive joke of all time.

Only a few months ago, Labor Premier, Jay Weatherill was in Paris spruiking up SA’s wind powered credentials; and cooing about his plans for a 50% Renewable Energy Target.

That was then, this is now.  His distraught Energy Minister, Tom Koutsantonis is at wits end, as he attempts to placate furious business leaders faced with rocketing power prices and routine load-shedding and blackouts. Although, last week, in a politically ‘courageous’ move he returned fire, blaming BHP, Arruim and Nyrstar for the debacle. No one saw that one coming, Tom!

While the wind cult are working at fever pitch to throw a lid on the calamity that is South Australia (blaming everything but the obvious target for the disaster), mainstream media are finally cottoning on to the greatest energy disaster in Australia’s history.

In this SkyNews report…