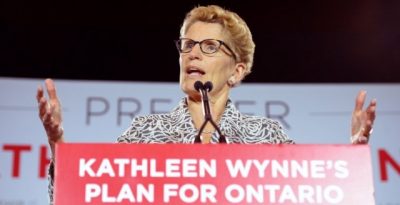 Ontario’s energy policy is in tatters; power prices have crushed business and the roll out of thousands of these things has wrecked the lives and livelihoods of thousands, in what were once peaceful and prosperous farming communities.

In short, Kathleen Wynne & Co have dug an enormous hole from which there may be no escape. But before the Province considers how it might get out, the only sensible strategy is to stop digging – starting with bringing an end to the ludicrously generous and heavily subsidised wind power contracts that led to the inevitable debacle that’s playing out in Ontario; and which has Wynne’s Liberals petrified of the political consequences the next time their victims come to vote.

Ontario’s power prices are soaring out of control, industry is leaving the province, the Liberal government is panicking over its re-election prospects, and almost everyone agrees there’s no remedy, that the ludicrously lucrative long-term contracts that the Ontario government signed with wind and solar energy developers condemn the province to many more years of economic hardship.

Except there is a way to deal with the onerous contracts — rip them up. There is no compelling economic, environmental, moral or legal case for the government to “honour” odious contracts. The only honourable course of action for the government, in fact, is to admit its mistakes and pass legislation declaring those contracts null and void.

A compelling economic case? In announcing its Green Energy Act, the Liberals repeatedly boasted they’d be creating 50,000 jobs, boosting the Ontario economy to new heights. With jobs fleeing the province and business confidence at rock bottom, no one hears that boast any longer.

A compelling environmental case? Industrial wind turbines, which rely on fossil fuel backup, do next to nothing to reduce carbon dioxide, the sole rationale for their existence.

In contrast to this trivial and dubious environmental benefit, wind turbines do immense and certain environmental harm by disfiguring the countryside and slaughtering millions of birds and bats.

This has been largely a closed-door sector in which 11 politically favoured domestic and multinational giants control 90 per cent of the wind power market, letting them pocket an estimated $10 billion in government-mandated subsidies over the next two decades. Although the industry portrays itself as small scale and local, it’s anything but.

A compelling legal case? There is none, if the province proceeds properly, explains Bruce Pardy, professor of law at Queen’s University, a former adjudicator for the Ontario Environmental Review Tribunal and author of the 2014 Fraser Institute study, Cancelling Contracts: The Power of Governments to Unilaterally Alter Agreements.

“The right way is to legislate: to enact a statute that declares green contracts to be null and void, and the province to be free from liability,” he explains. “Statutes can override iron-clad provisions in a contract because that is the nature of legislative supremacy: Legislatures can pass laws of any kind, as long as they are within their jurisdiction and do not offend the constitution. Legislating on electricity production is clearly a provincial power, as are ‘property and civil rights.’”

There is no compelling case for Ontario to honour its odious renewable power deals Pardy’s analysis is sound not just in theory but in practice, as Trillium Power Wind Corp. discovered when it sued for $2.25 billion in damages after the Liberals, to quell fierce public opposition to offshore wind turbines prior to a previous election, unilaterally rewrote the rules.

The appeal court had no time for Trillium’s claims, noting that it was “plain and obvious” and “beyond all reasonable doubt” that Trillium could not succeed in arguing breach of contract.

As an analysis of the case by the law firm Osler, Hoskin & Harcourt put it, the appeal court “made it clear that proponents who choose to participate in discretionary government programs, such as Ontario’s renewable energy program, do so primarily at their own risk. Governments may alter the policies that underlie a program, and may even alter or cancel such programs, in a manner that may be fully lawful and immune from civil suit.”

Moreover, the appeal court decision dismissed Trillium’s contention that the government had acted improperly out of “purely political” considerations, rather than out of legitimate public policy considerations.

As Osler explained, governments are free to act in their political interests: “this decision emphasizes that political factors, such as strong public opposition, are legitimate public policy considerations.” These principles aren’t Ontario-specific — they’re fundamental. Throughout Europe, governments are also unilaterally rewriting their unaffordably generous rules governing the renewables industry.

Cancelling Ontario’s odious renewables contracts would immediately and directly lower rates for the province’s citizens and industry, reversing the harm to the provincial economy and improving the government’s prospects in the coming provincial election.

A cancellation would bless the citizens of Ontario — and other provinces —indirectly as well, by disciplining future governments and investors alike. Investors would be leery of participating in future politically motivated government programs that weren’t fundamentally sound, making it difficult for future governments to pursue pet projects that run the risk of harming the citizenry.

Benign government projects — say building a school or hospital — would run no such risk and discourage no investor.

Contracts are sacrosanct between private parties, when they follow the law. Contracts means something else entirely when one party — the government — makes the law and is free to change it. Let the investor beware before getting into bed with government. Let the government think hard about whether its fling with renewables is an affair it wishes to continue. 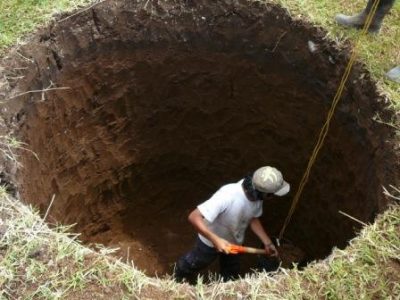