Canada’s Sun News was among the first news outfits worldwide to grasp the scale and scope of the great wind power fraud; and the associated harm inflicted on hard-working rural people. Exposing the wind industry for what it is, Sun has produced a truly ground-breaking documentary on how wind power outfits have fleeced power consumers for $billions, while happily destroying the lives hundreds of farming families across Ontario (see our post here).

The documentary, “Down Wind” went to air on 4 June and has sent the wind industry and its parasites into a panic stricken tail spin. Not used to an “untamed” media challenging their lies, treachery and deceit, the industry’s chief spin doctors have launched a bitter defence, replete with all the usual guilt-soaked waffle about giant fans “saving the planet from cataclysmic climate change”. Never mind that the wind industry has yet to produce a shred of actual data that wind power reduces CO2 emissions in the electricity generation sector – probably because the actual evidence shows just the reverse (see this European paper here; this Irish paper here; this English paper here; and this Dutch study here).

Down Wind, which runs for 96 minutes, can be purchased as a file and downloaded or as a DVD (here’s the link).

Here is a detailed synopsis of Down Wind from wolfhillblog.com.

Dirty secrets of the Ontario Liberals’ wind power scam: What you need to know from DownWind, the Sun News documentary
Wolfhillblog: Fauxgreen
8 June 2014

THE SYSTEM IS RIGGED AGAINST WIND TURBINE VICTIMS

WIND POWER IS FAR FROM CLEAN

THE LIBERALS HAVE USED JUNK SCIENCE TO MISLEAD THE PUBLIC

BILLIONS OF YOUR DOLLARS WASTED ON LIBERAL BOONDOGGLES

THE LIBERALS FAILED TO PERFORM DUE DILIGENCE, OR UPHOLD ITS FIDUCIARY DUTY

FEAR AND COWARDICE – INDUSTRY INSIDERS ARE AFRAID TO SPEAK OUT

THE LIBERALS “HAVE GOT TOO MUCH INVESTED TO ADMIT THE ERROR”

In the upcoming Ontario election on June 12, any vote for the Liberals would appear to be one in favour of propping up a government that has proven itself to be working to enrich its cronies with the province’s treasure, not one that is interested in the welfare of the people it is mandated to serve, or in nurturing the economic health of the province. Progressive Conservative leader Tim Hudak has promised to repeal the Green Energy Act if elected.
Wolfhillblog.com

In Tim Hudak, Ontario has been given a choice; and a chance to redress the lunacy currently being delivered by the hard-green-left (see our post here). We wish them luck on 12 June – sanity can’t some soon enough. 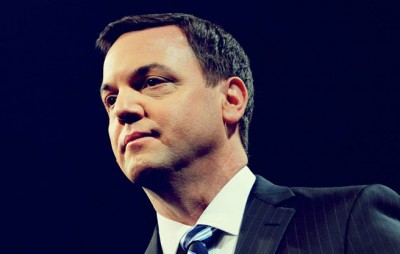