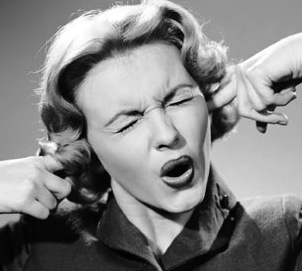 In Denmark struggling fan maker Vestas is synonymous with the Danish wind industry.

In Australia, and elsewhere, Vestas went on a propaganda rampage last year with its “Act-on-Facts” campaign aimed at counteracting known and obvious facts (to anyone with half-a-brain – that is) with crackers such as the wind is NOT intermittent; families with young children can’t wait to have a swag of V112s go up in their back yard to help their young ones sleep; power consumers are delighted with paying 4 times the cost of conventional power for wind power; and are even happier to be paying $2,000 per MW/h and over the Moon to be paying $12,500 per MW/h for peaking power when wind power goes AWOL 100s of times each year – instead of the usual $40.

One other “fact” trotted out to excuse the criminal harm caused by Vestas and Co is that wind turbines are quieter than a fridge at 500m.  In the Clean Energy Council version – the furphy asserts that the noise measured at ANY distance from a turbine is the same as that being measured at a distance of 500m FROM an operating refrigerator.  Here’s Matt Warren – formerly of Wind Energy Australia (aka the Clean Energy Council) making it very clear he’s comparing the noise of a giant industrial wind turbine at ANY distance with the noise FROM a fridge at 500m. For a comparison with a fridge at 500m – see our post here.

It seems that Vestas pulls back on the spin in its home territory and claims that the noise from a turbine at a distance of 500m is the same as a fridge (presumably with measurements taken right next to the fridge) (see our post here).

It seems that Danish fridges must be powered by industrial diesel engines, as the Danish High Court has just slammed Vesta’s ludicrous claims about the noise generated by its turbines matching kitchen appliances, in a case brought by affected neighbours.

The Danish High Court ordered that Vesta’s victims were entitled to Dkr 500,000 (A$93,439) in compensation for the substantial reduction in the value of their home, caused by incessant turbine noise: smashing another well-worn wind industry myth that turbines don’t impact on property values.

Depending on their location, wind turbines can cause noise, visual interference and light reflections.

These issues are governed by public and private law, including neighbour law. The main rules regarding noise from wind turbines can be found in Executive Order 1284 of December 15 2011 on wind turbine noise, issued pursuant to the Environmental Protection Act. To some extent, the order safeguards neighbours from noise inconvenience by establishing maximum noise levels from wind turbines in outdoor areas. The noise limit varies depending on the surroundings.

Wind turbines may also cause visual interference which may negatively affect the value of surrounding properties. Thus, the location of wind turbines on land has proved a difficult political issue for years. Every municipality supports the idea of more wind turbines – just not within its own borders.

The compensation scheme departs from the court-based neighbour law in that it does not operate with a tolerance limit which the neighbour must prove has been exceeded.

The starting point is that the issue of compensation must be settled before the wind turbines are built. However, the Promoting Renewable Energy Act does allow neighbours to claim compensation in certain circumstances thereafter. The competent authority to deal with claims for compensation is the assessment authority set up by the act.

Compensation granted to neighbours under the act has been relatively low so far.

In a recent case before the High Court for Western Denmark the plaintiffs had been awarded Dkr250,000 in compensation for the erection of eight wind turbines by the assessment authority. They brought the matter before the courts seeking higher compensation.

Before the city court, a court-appointed expert stated that the reduction in the value of the property amounted to between Dkr600,000 and Dkr800,000. The city court also arranged a visit to the property.

Where the assessment authority found that the plaintiffs’ property would be subject to limited noise pollution, the city court found the level to be more significant. The court further ruled that the plaintiffs had documented their loss of value at Dkr600,000 and thus awarded them an additional Dkr350,000.

The High Court for Western Denmark upheld the city court’s judgment, but fixed the compensation at Dkr500,000 because, among other things, there were certain deficiencies in the masonry of the house. However, the court also considered the findings of the court-appointed expert witness who had seen the plaintiffs’ house after the erection of the wind turbines – which the assessment authority had not done – as well as the city court’s own observation of the property. Finally, the court ruled that the Promoting Renewable Energy Act does not restrict the courts’ competence to review decisions from the assessment authority.

Moreover, both courts paid considerable attention to the evaluation of the court-appointed expert. While this is quite normal in Danish case law, it is unusual in cases where an authority such as the assessment authority has previously dealt with the matter.

Finally, the high court paid attention to the city court’s own observations of the property. It is quite unusual to see such a reference to the observations of a lower court in a higher court’s grounds of judgment.

The judgment gives cause for optimism to those who intend to challenge decisions of the assessment authority under the Promoting Renewable Energy Act. From a procedural point of view, it seems to be important for the court to see the property at issue to form its own opinion of the level of noise pollution caused by wind turbines.
International Law Office 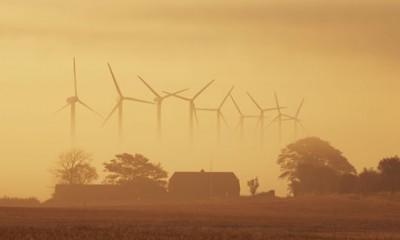 One thought on “Vestas Could Not Get High Court to Believe Their Lies…..Forced to Compensate Victims!”