The US has just been through its mid-term elections, which saw sweeping gains by the Republican Party in the Senate, House, and in many gubernatorial elections, as well as state and local races.

The Republicans gained control of the Senate for the first time since 2006, and increased their majority in the House. The Republicans also gained several seats in governors’ races, defeating one incumbent Democrat and picking up three seats vacated by retiring Democrats. Counting continues with the Republicans set to pick up a number of seats in the House, and, possibly the Senate.

With Republicans firmly in control of Congress, the smooth subsidy-sailing enjoyed by the US wind industry (until now) is about to hit stormy waters.

Those US States that piled into wind power in a big way have seen power prices rocket, with some seeing increases of over 34% (Idaho). From 2008-2103, the top 10 wind power states saw their electricity prices rise an average of 20.7%, which is seven-fold higher than the national electricity price increase of merely 2.8% over the same period (see our post here). The cost of wind power is so uncompetitive that Nebraska has just knocked-back a long-term wind power deal because it was “just too expensive” (see our post here).

The adverse economic impacts of propping up the wind industry with exorbitant fixed priced State Feed-In-Tariffs and the Federal Production Tax Credit aren’t lost on Republicans. Here’s a wrap up on where America’s wind industry is headed.

The International Energy Agency recently cut its forecasts for oil demand growth for this year. Nevertheless, production in North America is exploding led by the shale oil boom. Already, the U.S. has become the world’s largest producer of oil and natural gas.

For energy products like oil and natural gas operating in the marketplace, this excess production means lower costs for consumers. Lower prices have their own consequences for the industry as well. Analysts at Sanford C. Bernstein & Co recently released a report revealing that current at prices as much as one-third of U.S. shale oil production will be “uneconomic” to harvest.

For government-backed industries such as wind energy, the relationship is directly the opposite – the more they produce, the more it costs ratepayers and taxpayers. Recent analysis shows that states with the largest use of wind power have the highest electricity bills. Such factors have caused private investors to largely bypass wind companies and leave them largely dependent upon the government for their survival.

Wind energy companies rely heavily upon a government construct known as the “Production Tax Credit” (PTC) to support their bottom lines. The PTC is a federal program that provides billions of dollars annually to subsidize renewable energy facilities such as wind farms. Generally speaking a clean technology facility receives a tax credit for 10 years after the date the facility is placed in service with the tax credit amount ranging from $0.23 per kilowatt-hour (kWh) for wind to $0.011 per kWh for qualified hydroelectric.

Looking at the International Journal of Sustainable Manufacturing, researchers concluded that “in terms of cumulative energy payback, or the time to produce the amount of energy required of production and installation, a wind turbine with a working life of 20 years will offer a net benefit within five to eight months of being brought online.” This raises the question as to why any tax credit for wind energy would span more than just a few years at most let alone 10 years after the facility is up and running.

Congressional support for the PTC is largely split along party lines. Fifty-five Members of the House led by Rep. Mike Pompeo, (R-Kan.), have written a letter to the tax writing committee demanding an end to the wind energy subsidies. The letter stated:

“We offer our full support of the current process undertaken by the House Committee on Ways and Means that will allow the most anti-competitive and economically harmful tax provisions, specifically the wind energy production tax credit (PTC), to expire. Ensuring that our nation’s patchwork tax code undergoes significant reform is a noble goal and, as part of this process, we believe Congress should stop picking winners and losers and finally end the wind PTC.”

It would be an understatement to say that the outcome of the 2014 elections is important for wind energy producers. In an effort to see PTC friendly Harry Reid as Majority Leader, the wind industry has essentially turned the League of Conservation Voters (LCV) into their own personal Trojan horse.

Much of the LCV leadership has deep ties to the wind energy:

Unsurprisingly, much of the LCV’s campaign activities have been aimed squarely at renewal of the PTC. The organization brags that it will spend over $25 million supporting pro PTC candidates and attacking their opponents before November elections.

Should LCV’s campaign fail, loss of the PTC could prove fatal to some wind companies. As Warren Buffet recently told his loyal investors, “I will do anything that is basically covered by the law to reduce Berkshire’s tax rate. For example, on wind energy, we get a tax credit if we build a lot of wind farms. That’s the only reason to build them. They don’t make sense without the tax credit.”

The outcome of the elections remain far from certain as does the fate of the PTC under any election outcome scenario and Washington D.C.’s capacity for cronyism should never be underestimated.

That said, it should leave investors holding off if not second-guessing the potential of First Trust ISE Global Wind Energy ETF (FAN) shares or its holdings that include Capstone Turbine Holdings (CPST), Otter Tail Corp. (OTTR), NextEra Energy (NEE) and others. Especially if the Republicans take control of Congress as expected, and run a full tally of their friends and enemies during this election cycle, it may well be lights out for the wind energy industry sooner than anyone expects.
FOXBusiness 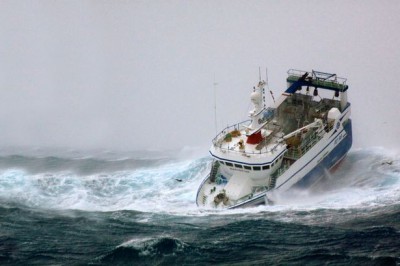 2 thoughts on “No More Free Ride for Windweasels in the US!”