STT recently covered a motion proposed by cross-bench Senators Leyonhjelm, Madigan, Day, Xenophon; with the support of the Coalition, through their Deputy Government Whip in the Senate, STT Champion, WA Senator, Chris Back to establish a wide-ranging inquiry into the wind industry in Australia (see our post here).

It gives us much pleasure to report that the Senate voted to establish the inquiry, as moved by David Leyonhjelm on Monday.

Senator LEYONHJELM (New South Wales) (16:46): I, and also on behalf of Senators Madigan, Day, Xenophon and Back, move:

(1) That a select committee, to be known as the Select Committee on Wind Turbines be established to inquire into and report on the application of regulatory governance and economic impact of wind turbines by 24 June 2015, with particular reference to:

(a) the effect on household power prices, particularly households which receive no benefit from rooftop solar panels, and the merits of consumer subsidies for operators;

(c) the role and capacity of the National Health and Medical Research Council in providing guidance to state and territory authorities;

(d) the implementation of planning PROCESSES

in relation to wind FARMS

, including the level of information available to prospective wind farm hosts;

(e) the adequacy of monitoring and compliance governance of wind farms;

(f) the application and integrity of national wind farm guidelines;

(g) the effect that wind towers have on fauna and aerial operations around turbines, including firefighting and crop management;

(h) the energy and emission input and output EQUATIONS

from whole-of-life operation of wind turbines; and

(i) any related matter.

(2) That the committee consist of 7 SENATORS

, 2 to be nominated by the Leader of the Government in the SENATE

(b) participating members may PARTICIPATE

(5) That the committee may proceed to the dispatch of business notwithstanding that all members have not been duly nominated and appointed and notwithstanding any vacancy.

of the committee or the position of chair is temporarily vacant.

(9) That, in the event of an equality of voting, the chair, or the deputy chair when acting as chair, has a casting vote.

(10) That the committee have power to appoint subcommittees consisting of 3 or more of its members, and to REFER

to any such subcommittee any of the matters which the committee is empowered to examine.

(11) That the committee and any subcommittee have power to send for and examine persons and documents, to move from place to place, to sit in public or in private, notwithstanding any prorogation of the Parliament or dissolution of the House of Representatives, and have leave to report from TIME

to time its proceedings, the evidence taken and such interim recommendations as it may deem fit.

(12) That the committee be provided with all necessary staff, facilities and resources and be empowered to appoint persons with specialist knowledge for the purposes of the committee with the approval of the President.

(13) That the committee be empowered to print from day to day such documents and evidence as may be ordered by it, and a daily Hansard be published of such proceedings as take place in PUBLIC

I seek leave to make a SHORT

The PRESIDENT: Leave is granted for one minute.

Senator LEYONHJELM: I understand that Senate resources are limited in relation to select committees. We acknowledge that. And I understand that at least one other select committee will need to be wound up in order for this to have the full amount of resources. We accept that that is the case. The worst case is that this will operate on limited resources until March, when the inquiry into the activities of the Queensland GOVERNMENT

is concluded. Furthermore, if Senator Day is appointed chairman of the committee, he has suggested he may consider relinquishing his fees as chairman to contribute to the committee’s costs.

Here’s how the SENATORS 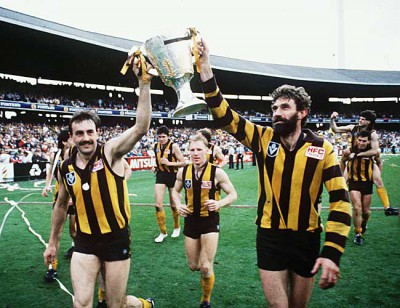 Sure, it was a close-run thing, but many a grand final has been won by a single kick.

Predictably, the wind industry, its PARASITES

and spruikers have gone into a tailspin – wailing about the dreaded malady of “uncertainty” – of the kind that everyone else gets to face on a daily basis in every aspect of life and business – but from which the wind industry must be protected at all times.

But the Senate INQUIRY

is just the beginning of the wind INDUSTRY

could skyrocket unless a political impasse over the renewable energy target is resolved.

He fears for households if parliament can’t reach a compromise.

“The record high energy bills that people have been experiencing will seem tame by comparison,” he told AAP.

The government wants to slash the target of 41,000 gigawatt hours to around 27,000, claiming that figure will represent 27 per cent of energy use by 2020 instead of bipartisan level of 20 per cent.

Labor quit negotiations over a new target which has led to further industry uncertainty.

While the Palmer United Party opposes any CHANGES

to the RET, Senator Leyonhjelm believes PUP defector Jacqui Lambie may be open to a compromise.

, it would give a badly needed economic boost to Tasmania to the tune of around $120 million per year,” he said.

Senator Lambie has pledged to vote against all government legislation until a defence force pay deal is reconsidered.

However, she could SUPPORT

a private bill initiated by one of her crossbench colleagues.

Fellow independents Nick Xenophon and John Madigan both have concerns about wind turbines and have joined forces with other senators to set up an inquiry into the industry.
AAP

STT hears that the cross-benchers are acutely aware that if radical changes aren’t made to the Large-Scale RET pronto, then Australian power consumers will be walloped with fines (the $65 per MWh “shortfall charge”) for every MWh that retailers fall short of the escalating annual LRET target – a figure that will reach more than $1 billion by 2020 and continue at that level until 2031 – simply because the LRET target will never be met (see our posts here and here).

Another is to bring in rooftop solar output generated in excess of the 4,000 GWh annual “expectation” set by the Small Scale Renewable Scheme (SRES): small-scale SOLAR GENERATION

is currently between 8,000-9,000 GWh annually and still growing fast. By 2020, rooftop solar is expected to GENERATE

more than 14,000 GWh annually, blitzing the original 4,000 GWh annual expectation. The plan being thrashed out now would use all of that “excess” solar generation to satisfy the LRET.

Bear in mind that all rooftop SOLAR INSTALLED

under the SRES gets a fat pile of subsidies by way of “small-scale technology certificates” (STCs), which are paid up front at a guaranteed price of $40. The cost of issuing STCs is paid for by the Federal government to solar installers and recouped from all taxpayers. So it only seems fair that solar does its bit to avoid power consumers being whacked with $billions in fines for failing to meet the LRET: thus avoiding a power and tax bill “double-whammy”.

STT hears Jacqui is working very closely with her fellow cross-benchers to ensure that Tasmania’s “old” hydro gets included in the LRET, with RECs GOING

to Tasmanian hydro generators (for a taste of Jacqui’s fury, seeher press release here). In that event, Tasmania would SATISFY

the target in a heartbeat.

to use “old” hydro – along with the plan to use rooftop solar – to satisfy the LRET gets is fast gaining traction amongst the cross-bench Senators.

to come from members of a group now known as the Coalition of Common Sense. 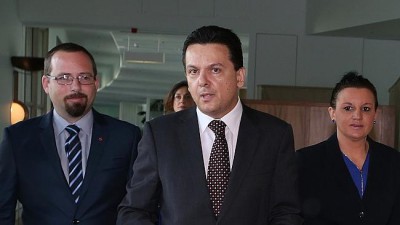