Acoustician Steven Cooper was commissioned by the Australian utility, Pacific Hydro, to investigate the complaints of families near the wind plant at Cape Bridgewater, Australia. The Cape Bridgewater Wind Farm Acoustic Study is a 235-page report, packed with data, including six appendices which amplify and detail the findings of the study.

The purpose of the investigation was simply to find out what was causing the symptoms and sensations, resulting in sleep disturbance and health damage, reported to Pacific Hydro between 2009 and 2014 by the residents of three homes sited between 600 – 1600 metres [from just over 1/3 mile to 1 mile] from wind turbines sited at the Cape Bridgewater Wind Project in Victoria, Australia. [see maps below]

Funded by wind farm operator Pacific Hydro, the study was conducted at Cape Bridgewater in southwest Victoria where residents have long complained about headaches, chest pains and sleep loss but have been told it was all in their minds.

There were several “firsts” to this study.

Participants in the study, six individuals from three households, described their appreciation of the study findings in the Waubra Foundation’s pages devoted to the Cooper study.

Mr Cooper’s investigations also found correlation between the “high severity” sensations we experience as noted in our diaries and his measurements of wind turbine infrasound inside our homes. “High severity” describes the times when the symptoms or sensations are so severe that we feel we have to immediately leave our homes. These high severity impacts happen regularly for those of us who live, stay or visit our homes at Cape Bridgewater. Some of our health practitioners have advised us to permanently leave our homes in order to escape the symptoms and regain our health. Unfortunately some of us have developed permanent health problems known to result from continuing exposure to infrasound and low frequency noise so that even permanently moving away will not restore our health to its pre-wind turbine level.

Stephen Ambrose, an acoustician with a distinguished career devoted to protecting individuals from excess noise, congratulated Cooper on his effort. In his letter, Ambrose noted the advances made by the study, “Your correlation of human response journal entries with scientific waveform analysis clearly shows hearing is not limited to audible sounds. Research continues to reveal that the ear has multiple functions and capabilities.”

Another U. S. acoustician, Robert Rand wrote, “The correlation of sensation level to WTS tone level in the infrasonic and audible bands brings wind turbine acoustics right to the door of medical science. Medical tests in the homes, long overdue, can now be correlated directly to WTS. May the medical testing in homes begin without further delay.”

Canadian researcher Carmen Krogh, who has monitored findings from self-reporting projects as well as the recent Canadian government study, said

Through the study design, your exhaustive infrasound measurements, the detailed diaries kept by the families, and Pacific Hydro’s cooperation, this study has advanced the understanding of the role of infrasound and human responses associated withindustrial wind turbines. Such collaborative efforts have set a new standard for conducting future research.

Australian Bob Thorne, who had previously studied the Cape Bridgewater experience of residents, pointed out  several unique contributions of Cooper’s study and said:

The obvious support from both PacificHydro and the residents is the stand-out feature of the study and it is clear from the text that the outcomes were not envisaged by yourself or the study participants at the commencement of the study. The approach taken is highly professional and supportive to both your client (PacificHydro) and sympathetic to the residents who provided you with their assistance.

The Cape Bridgewater Wind Project consists of 29 2-MW wind turbines located in Victoria Australia. The turbines are MM82 manufactured by Senvion (formerly licensed as REpower). A German company,Senvion is the fifth largest maker of wind turbines.

*The acronym WTS associated with this study should not be confused with the widely-used WindTurbine Syndrome, coined by Dr. Nina Pierpont, the Johns Hopkins-trained doctor, to signify the cluster of symptoms she identified in investigating the health complaints of individuals who lived near wind turbines. 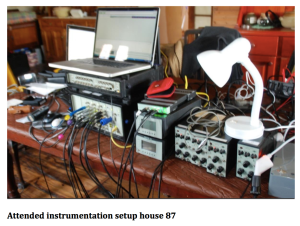 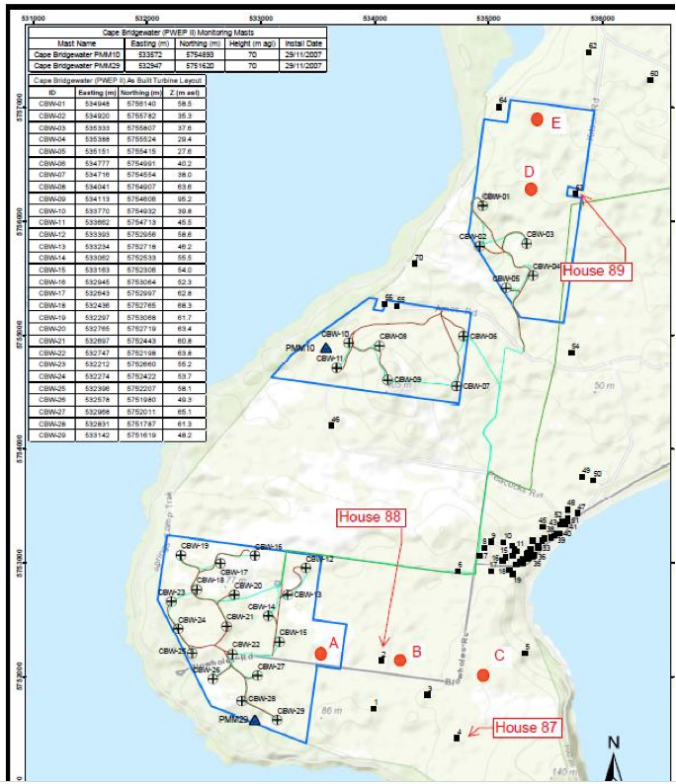