Want to Help the Poorest? Then It’s Time to Ditch Wind Power

The only reason that Western economies have entertained the infantile nonsense of wind power, is that the rich world can afford (at least in the short term) to throw $billions in subsidies at a wholly weather dependent “system”, that will never stump up as an “alternative”, unless your starting point is sitting freezing (or boiling) in the dark; and you’re happy with that as your status quo (see our post here).

Some, however, might call backing wind power a form of wanton waste, aimed at satisfying the political vanity of the naive and gullible.

Then there’s the moral bankruptcy of a policy that’s aimed at wind power producers to (notionally) add more electricity to the system, notwithstanding that, in Australia, there is NO shortage of power – what there is a shortage of, however, is affordable power; and wind power will never provide that (see our post here).

Australia’s wind industry depends entirely on the Large-Scale Renewable Energy Target – which has already transferred $9 billion, and is set up to transfer $50 billion more, from power consumers (in the form of the REC Tax on retail power bills) to subsidise wind power outfits, at the expense of the poorest and most vulnerable who, as the policy bites in the next 2 years and beyond, will simply be denied access to power (see our post here).

When the concept of directing $50 billion worth of Australian taxes springs to mind, it doesn’t take long to think of groups within Australia that could easily be considered more worthy recipients, than foreign owned wind power outfits, backed by Union Super Funds. 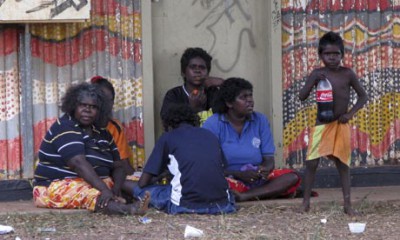 STT’s first picks would be Aboriginal health and education; where standards in many regional and remote communities are positively third world. A fraction of what the wind industry is clamouring to pocket by keeping the LRET alive would, if well-managed, go a long way to giving a lot of under-privileged Australians an opportunity to improve their lot; and the lives of their children. Healthy kids have a better chance of learning; and educated kids have a better chance, all round. 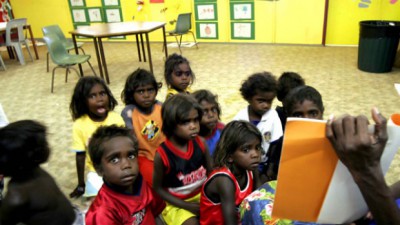 But Aboriginal health and education hardly rates a mention from inner city “greens” – instead, their present obsession is “wonderful wind power” and ‘saving’ the RET.

Their worship of wind turbines, as some kind of Divine gift from the wind Gods, is a form of mania, akin to a deluded, religious fanaticism.

The mania extends to pumping up the fiction that the world can obtain 100% of its electricity needs from wind and solar power.

Steadily, though, the fiction that developing Nations can pull themselves out of poverty using insanely expensive and utterly unreliable wind power is being challenged. Here’s The New York times, throwing down the gauntlet.

Then there is the fridge in your kitchen. A typical 20-cubic-foot refrigerator — Energy Star-certified, to fit our environmentally conscious times — runs through 300 to 600 kilowatt-hours a year.

American diplomats are upset that dozens of countries — including Nepal, Cambodia and Bangladesh — have flocked to join China’s newinfrastructure investment bank, a potential rival to the World Bank and other financial institutions backed by the United States.

The reason for the defiance is not hard to find: The West’s environmental priorities are blocking their access to energy.

A typical American consumes, on average, about 13,000 kilowatt-hours of electricity a year. The citizens of poor countries — including Nepalis, Cambodians and Bangladeshis — may not aspire to that level of use, which includes a great deal of waste. But they would appreciate assistance from developed nations, and the financial institutions they control, to build up the kind of energy infrastructure that could deliver the comfort and abundance that Americans and Europeans enjoy.

Too often, the United States and its allies have said no.

The United States relies on coal, natural gas, hydroelectric and nuclear power for about 95 percent of its electricity, said Todd Moss, from the Center for Global Development. “Yet we place major restrictions on financing all four of these sources of power overseas.”

This conflict is not merely playing out in the strategic maneuvering of the United States and China as they engage in a struggle for influence on the global stage.

Of far greater consequence is the way the West’s environmental agenda undermines the very goals it professes to achieve and threatens to advance devastating climate change rather than retard it.

“It is about pragmatism, about trade-offs,” said Barry Brook, professor of environmental sustainability at the University of Tasmania in Australia. “Most societies will not follow low-energy, low-development paths, regardless of whether they work or not to protect the environment.”

If billions of impoverished humans are not offered a shot at genuine development, the environment will not be saved. And that requires not just help in financing low-carbon energy sources, but also a lot of new energy, period. Offering a solar panel for every thatched roof is not going to cut it.

“We shouldn’t be talking about 10 villages that got power for a light bulb,” said Joyashree Roy, a professor of economics at Jadavpur University in India who was among the leaders of the Intergovernmental Panel on Climate Change that won the 2007 Nobel Peace Prize.

“What we should be talking about,” she said, “is how the village got a power connection for a cold storage facility or an industrial park.”

Changing the conversation will not be easy. Our world of seven billion people — expected to reach 11 billion by the end of the century — will require an entirely different environmental paradigm.

On Tuesday, a group of scholars involved in the environmental debate, including Professor Roy and Professor Brook, Ruth DeFries of Columbia University, and Michael Shellenberger and Ted Nordhaus of the Breakthrough Institute in Oakland, Calif., issued what they are calling the “Eco-modernist Manifesto.”

The “eco-modernists” propose economic development as an indispensable precondition to preserving the environment. Achieving it requires dropping the goal of “sustainable development,” supposedly in harmonious interaction with nature, and replacing it with a strategy to shrink humanity’s footprint by using nature more intensively.

“Natural systems will not, as a general rule, be protected or enhanced by the expansion of humankind’s dependence upon them for sustenance and well-being,” they wrote.

To mitigate climate change, spare nature and address global poverty requires nothing less, they argue, than “intensifying many human activities — particularly farming, energy extraction, forestry and settlement — so that they use less land and interfere less with the natural world.”

As Mr. Shellenberger put it, the world would have a better shot at saving nature “by decoupling from nature rather than coupling with it.”

This new framework favors a very different set of policies than those now in vogue. Eating the bounty of small-scale, local farming, for example, may be fine for denizens of Berkeley and Brooklyn. But using it to feed a world of nine billion people would consume every acre of the world’s surface. Big Agriculture, using synthetic fertilizers and modern production techniques, could feed many more people using much lessland and water.

As the manifesto notes, as much as three-quarters of all deforestation globally occurred before the Industrial Revolution, when humanity wassupposedly in harmony with Mother Nature. Over the last half century, the amount of land required for growing crops and animal feed per average person declined by half.

“If we want the developing world to reach even half our level of development we can’t do it without strategies to intensify production,” said Harvard’s David Keith, a signer of the new manifesto.

The eminent Australian conservationist William Laurance, who is not involved with the eco-modernists, put it this way, “We need to intensify agriculture in places that we have already developed rather than develop new places,” he said. “What is happening today is much more chaotic.”

Development would allow people in the world’s poorest countries to move into cities — as they did decades ago in rich nations — and get better educations and jobs. Urban living would accelerate demographic transitions, lowering infant mortality rates and allowing fertility rates to decline, taking further pressure off the planet.

“By understanding and promoting these emergent processes, humans have the opportunity to re-wild and re-green the Earth — even as developing countries achieve modern living standards, and material poverty ends,” the manifesto argues.

This, whether we like it or not, would require lots of energy. Windmills or biofuels would put large swaths of the earth’s surface in the service of energy production, so they have only limited usefulness. Solar panels andnuclear plants, by contrast, could eventually provide carbon-free energy on a very large scale.

“Decoupling of human welfare from environmental impacts will require a sustained commitment to technological progress and the continuing evolution of social, economic, and political institutions alongside those changes,” says the manifesto.

Until they are developed, poor countries will require access to other forms of energy — including hydroelectric power from dams, natural gas, perhaps even coal.

“There are enormous energy demands,” Professor DeFries noted. “It will be some time before we can fulfill them with wind and solar energy. It is only realistic that there will be a lot of coal and gas along the way.”

For all the environment-related objections one could pose to these paths, the alternative seems indefensible: Let the poor of the world burn dung and wood, further degrading the world’s forests. Or put solar panels on their huts so they can recharge their cellphones.

“Sustainable development” has been around for over a quarter century, since the United Nations’ Bruntland Commission proposed it in 1987.

Even then, it acknowledged its energy problem. “A safe and sustainable energy pathway is crucial to sustainable development,” it stated. “We have not yet found it.”

A quarter of a century on, the discourse has changed little. Today, the International Energy Agency states that it is within our grasp to provide modern energy access to everyone. What does it mean? Five hundred kilowatt-hours per year to urban households and 250 for rural ones.

Maybe enough to power a fridge.
The New York Times