Provided they haven’t got their trotters in the wind industry subsidy trough, engineers are quicker than most, when it comes to rumbling the great wind power fraud.

Practically minded, and with heads for real numbers, engineers are able to pick apart the complete pointlessness of trying to rely on an energy source that will NEVER be available on demand (can’t be stored) – is entirely dependent upon the weather – and is, therefore, not a generation “system” at all: “chaos” and “system” are words that come from completely different paddocks; and which mean completely different things (see our post here).

Google’s top engineers – Stanford PhDs, Ross Koningstein and David Fork – came out and recently tipped a bucket on the nonsense of attempting to run 21st Century economies using a ‘technology’ that was dumped way back in the 19th Century (see our post here).

Now, one of Canada’s leading energy engineers, Eric Jelinski has come out swinging too. 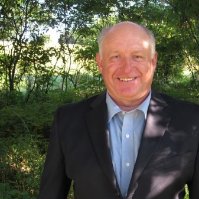 I am writing to express my objections to the installation of Industrial Wind Turbines in Clearview Township, Ontario, Canada.

My wife and I moved here to retire on 50 acres, building a house, market garden, as well as taking many other initiatives to become part of the vital social fabric.

It is bad enough that under Ontario Premier McGuinty, the social fabric in big cities like Toronto is in need of repair, as it happens, in part because those “50,000 jobs” in renewable energy have not materialized, and there is little productive activity for many of the youth in the cities. Guns and drugs are very much part of the social fabric in some neighbourhoods.

What gives McGuinty, with his Toronto constituent Members of the Provincial Parliament (MPP’s), the moral right to tell us in Clearview that we must accept wind turbines “or else”?

One way to stop the wasted energy and environmental impact of urban sprawl is for big city MPP’s to clean up their own yard and make cities safer and more habitable. While they listen to those who object to new gas plants, and cook up a new “plan of the month” for public transport, why do they ignore the issues with wind turbines?

My background is nuclear and chemical engineering, with over 30 years combined working at each of the nuclear plants in Ontario. I teach nuclear engineering at University of Toronto and Georgian College (Power Engineering) in Owen Sound for the purpose of training the next generation of staff who will design plants and work them safely.

I know nuclear reactors and how e=mc2 gets us the energy. I know chemical reactors, e.g. to make gasoline from crude oil, and refining metals. I know solar and wind energy going back to the 1970’s, as energy and exergy are my major fields of study.

The application of Ontario’s “Green Energy Act” is in violation of principles in engineering, where we teach engineers to anticipate unintended consequences and not proceed with implementation until consequences and risks are taken into account.

The Green Energy Act is an abomination that is creating a living hell for almost everybody in rural Ontario, and the provincial government is ignoring the data of emerging health issues, property value issues, setbacks and zoning, impacts on fowl, fauna, and fish, impacts on local weather such as the dew point and foliar uptake by plants that is important in particular to alleviate heat stress on biota.

I have seen firsthand one of my neighbours from the 1980’s near Ripley forced out of his farm home due to wind turbines in Huron Township. Others are putting up with the impacts.

The energy available from wind in Ontario is borderline minimal compared to other countries and areas of the world. 25% to 30% is the capacity factor.

The power equation for wind results in 8 times the energy for a doubling of wind speed, and the excess energy has to be “dumped.” Storage systems are available, but prohibitively expensive. Hythanation is possible, but wind turbines are not economic for hydrogen production given the added infrastructure relative to the cost of natural gas.

Wind turbines use 5 to 7 times the amount of concrete and steel vs. say a nuclear plant on a per Megawatt basis. It will require some 10,000 wind turbines to replace the ~ 6000 MW of coal generation at 25% CF (capacity factor). Back-up gas fired plants have to be added like plug-ins everywhere because the wind is not reliable.

The pastoral scene of a field of wind turbines slowly turning in almost still air has environmentalists dreaming in technicolour.

The truth is that these wind turbines need about 8 km/hour of wind before they will start generating electricity. Any rotation of the blades at wind speeds below 8 km/hour is accomplished by taking power from the grid to get the wind turbine started in anticipation that the wind may pick up.

The economy of scale that has historically brought competitive energy prices in Ontario is not available, given the thousands of wind turbines, and that will also become a maintenance nightmare as machines and contracts approach end of life. Why do we not refuel Nanticoke, Lakeview, Lambton, Lennox and complete Wesleyville to run on natural gas?

What makes McGuinty et al. think they can impose industrial wind turbines on Clearview and all of rural Ontario? Is Clearview thinking of becoming part of this scheme of waste?

The most telling example is the head of the Federal Liberal Party is a wind developer. The activity surrounding the recent cancelled “gas plant” in order to preserve seats, and thus preserve the Green Energy Act, is also telling.

We also have the government using engineers from wind developers making recommendations on health impacts. As a P. Eng. I can say that engineers are not the authority on health. The conflict of interest between the engineer being paid for engineering work, vs. the same engineer as proponent and key advisor to the government is quite apparent.

The set-back of 550 meters has no scientific basis. Noise from wind turbines has been measured up to 10 kilometers away in some locations. Medical doctors have noted the health impacts, yet they are being ignored by the Ontario government.

The Feed-in Tariff takes billions of dollars out of communities, out of the province, and out of the country. This is money that is very much needed for healthcare, for schools and teachers, and to replace aging infrastructure and to build much needed new infrastructure such as public transit.

For the first time in decades (I don’t think it ever took place), Ontario is taking equalization payments from the Federal Government, and this points to not only the unsustainability of Ontario as an economy, it is dragging down the rest of the country. It would be different if we owned everything, did local planning, and used a process that garnered respect.

The Ontario government is following the advice of foreign countries and foreign companies to give our money away to them irrespective of the advice of many MP’s. It is most interesting to note that one of the political parties with a labour platform appears in complete agreement with giving away the work and the money and the surplus electricity.

Japan is restarting its nuclear fleet. Russia, China, India, Britain, the US, and even the United Arab Emirates are building or planning to nuclear reactors for electric generation. What is the purpose and value of Ontario energy policy? Every product we buy in Ontario that is made someplace else (most items, can you name one thing that is made here?) has a nuclear energy component in that product.

It is time to stop being altruistic or hypocritical about our energy. There is no rational reason for the 50% cap on nuclear in Ontario. Are we on some unwitting “race to the bottom” being orchestrated by some competitor countries wanting to control us? Having ample low cost energy is crucial to sovereignty, internal peace, and security.

As such, there is no respecting McGuinty, Bentley et al. for this indictment. There is also no need to respect any wind developers as they have already indicated their respect for us. I commented last year on WPD, and sent comments to their consultant as requested, and they have not replied, and their silence speaks volumes. I have sent many an e-mail to the government recommending a moratorium and have not been given the courtesy of any reply.

The purpose of the developer is to make money, i.e. take our money as allowed for by the government, and with minimum effort on their part. This speaks to the quality of the public meetings and their answers to our concerns. The public meetings are a sham.

There are quite a number of lawsuits already taking place and others pending. I thank the Federal government for the recent announcement on the health study. It is also pivotal to learn today that the Ministry of Health is being forced to testify.

My recommendation is for Clearview to take the high road and avoid complicity in matters that are before the courts, and who knows, but it is quite possible (I hope) that the renewed call for a moratorium may take hold for good reasons posted here.

A moratorium in Clearview is very appropriate.

While the WPD wind turbines west of Stayner are quite a few km from our place, they are likely the thin edge of the wedge planned for coming into Clearview. Let me remind you, we came here because this is a good place to live with good opportunities for business. All of that changes if wind turbines are allowed to disrupt the neighbourhood. And 10,000 wind turbines and solar farms are not the answer to Ontario’s energy needs.

As I said before, a province-wide moratorium is needed, and I believe this will come as a matter of time because the inconvenient truth about wind turbines is too big for McGuinty’s carpet. The track record for dictatorial governments throughout history is that all dictatorships eventually capitulate. A moratorium in Clearview would be a “made in Clearview” solution to stop the waste sooner than later.

What is interesting is that this is not only a UK or European problem and the US and Canada predates much of our wind fleet. But the problems are endemic in the industry and the political myopia of the issues and problems of wind a mystery to the other 97% of the population!
Windfarmaction 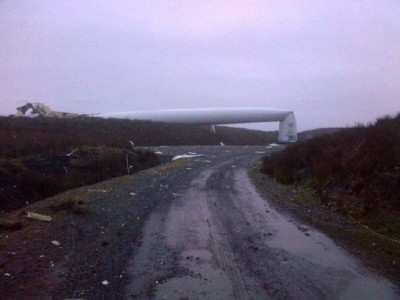