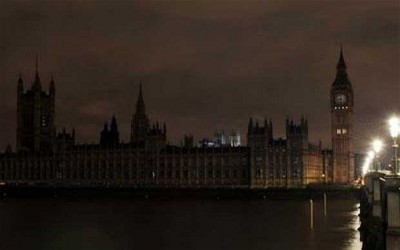 As Britain loses one more power station, experts argue the grid has been left too exposed.

Picture a cold and dark wintery evening in November and millions of householders across the country are switching on their kettles at the same time after a long day at work but suddenly there is a big problem.

Another creaking coal-fired power station has been shut down and with barely a breeze blowing to fire up the thousands of wind turbinesthat Britain has increasingly relied upon to keep the lights turned on, the entire electricity network has become overloaded.

Suddenly, the doomsday scenario of a nationwide energy blackout and power curfews on a scale not seen since the bleak winter of enforced economic hardship of 1979 becomes reality.

This is the fear of experts like Anthony Price, director of Electricity Storage Network, who argues that policymakers have allowed the system to become too vulnerable to outages, which could cost the economy billions of pounds in lost output and productivity.

“As a society we run the risk of paying the price eventually for running everything with the very minimum of spare capacity available,” said Mr Price. “If something does go wrong with the existing generating system we really have no where to run to meet demand.”

His concerns were brought into sharper focus last week with the announcement that the Eggborough power station in Yorkshire would close in March 2016. The plant generates around 4pc of the UK’s electricity and its shutdown at the end of the winter will place a further squeeze on the safety cushion for avoiding a blackout across large areas of the country.

Conventional fossil-fuel burning power stations like Eggborough and the Longannet coal-fired plant in Fife that is also due to close in March are still the most reliable means to produce electricity for the grid, despite the dramatic shift over the last decade towards renewables such as wind or solar.

However, there are growing concerns that such a change to generating more of the country’s 85 gigawatts of power from renewables has left the grid dangerously exposed.

According to analysts at the investment bank Jefferies, the closure of Eggborough will mean that over 16 gigawatts of coal-fired capacity – which is enough to provide electricity for a dozen large cities – will have been shut down over the last four years. At the same time, Britain has installed only 6,000 megawatts of new easily “dispatchable” generation capacity to meet any potential shortfalls that may arise.

Although renewables accounted for a record 22.3pc of the UK’s total electricity generation in the first quarter of this year, conventional coal, gas-fired and nuclear plants remain the backbone of the country’s energy supply infrastructure. Coal burning plants still provide around 40pc of the UK’s electricity. Unlike wind turbines, fossil-fuel burning plants like Eggborough, which the government appears so keen to see phased out, can be turned on or off with the flick of a switch.

“Things are moving into uncharted territory in terms of security of supply,” said Peter Atherton, utilities equity analyst at Jefferies. “We have never had such a low ratio of conventional power plant capacity compared with renewables and the problem is going to get worse.”

The announcement in May by SSE that it would be closing the giant Ferrybridge power station in Yorkshire by March 2016 has also raised the stakes for regulators who are duty bound to ensure Britain has enough power. Based on the recent closures, power supply levels published by Ofgem show that Britain will be perilously close to blackouts by the winter of 2016 if wind levels prove to be too low to generate adequate electricity for the grid.

According to Mr Atherton the problem started with the Labour government under the former Prime Minister Tony Blair which committed Britain to unachievable targets for building renewable energy capacity.

The suspicion is that Mr Blair went into European climate talks in 2007 not even knowing the difference between energy – which covered everything from transportation to home insulation – and electricity. Almost a decade later, this possible schoolboy error by Mr Blair and his negotiating team could lead to blackouts for the “first time in living memory”, Mr Atherton believes.

“Germany and Spain for example don’t have the same security of supply problem as we do. We are unique in that we have a problem with supply and affordability of power,” he said.

The Coalition and the new Conservative Government have essentially continued along with the same unrealistic policy which has committed Britain to generating around 80pc of its power from renewables and nuclear by 2030. Another problem according to Mr Atherton is the need to build more latency into the renewable network.

He estimates that to replace 1 gigawatt of conventional coal or gas generated power capacity it requires the equivalent of around 3.5 gigawatts of renewables.

“The problem is that the closure programme for conventional plants like Eggborough is running to time but the new build programme is now about four years behind schedule. There is a big mismatch between what is getting shut down and what is getting built to replace it,” said Mr Atherton.

With conventional fossil-fuel burning plants expected to simply serve as back up for renewables and nuclear from 2030 onwards, the cost of construction is also an issue, according to John Feddersen, chief executive officer of Aurora Energy Research based in Oxford. He estimates that the cost of constructing a new combined-cycle gas turbine electricity plant capable of producing around 1,000 megawatts of power is around £700m in the UK, which is expensive given that these plants will increasingly be used as standby facilities.

“There has been less construction than expected because of this,” he said. Mr Feddersen questions whether it is economically feasible to maintain a 5pc capacity buffer to ensure the security of supply given the cost of construction and maintenance.

Further uncertainty is being caused by the potential delay of the landmark £24.5bn Hinkley Point nuclear plant. Originally earmarked to start producing electricity by 2023 its developer EDF has recently rowed back on the date for when the plant will actually open. Construction work on the nuclear facility is being held up by delays to taking a final investment decision on the project, which is vital to meeting the UK’s power needs beyond 2020. 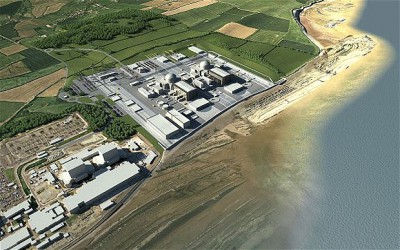 EDF and its Chinese investment partners have so far failed to secure additional funding for the project from investors. The scheme is also being bogged down by negotiations with the Government over potential subsidies and a protracted EU enquiry into state aid.

Ultimately, National Grid is responsible for ensuring that the country has enough power to meet demand in any eventuality. It has been mandated to buy what it describes as “balancing services” from suppliers. As of July the grid had procured at a cost of £36m an additional 2.56 gigawatts of power, which means it will have a margin of 5.1pc spare capacity with which to balance the network.

Although this should be enough of a buffer to avoid a shortfall, or the imposition of emergency measures such as requiring some industrial users to shutdown during peak load periods, the system remains vulnerable to unforeseen plant shutdowns and adverse winter weather conditions. Nuclear plant operator EDF was forced at the end of last year to take its reactors at Haysham and Hartlepool down for safety reasons.

The grid is currently in the final stages of conducting a public consultation before it published its closely-watched winter outlook report, which will provide the latest figures on the state of supply and demand. Although few experts expect a shortfall this winter there is growing concern that blackouts could be unavoidable by the end of 2016. “There is never a 100pc guarantee of keeping the lights on but the margins are manageable this winter,” said a spokesperson for National Grid.

Of course any blackouts can be avoided by the National Grid and the Government by paying suppliers to keep plants open that were scheduled to be shutdown. Eggborough’s owners have already said that the plant will need £200m in fresh funding to remain open for another few years but that is unlikely to be forthcoming.

Mr Atherton said: “The National Grid has a legal duty to make sure the lights stay on in the winter.”

A DECC spokesman said: “Our number one priority is to ensure that hardworking families and businesses have access to secure, affordable energy supplies they can rely on. In the short term, we have ensured that National Grid have everything they need to manage the system and meet sudden increases in demand.

“In the longer term, we are investing in infrastructure and sensible policies to improve energy security. The UK Government and EDF are continuing to work together to finalise Hinkley Point C project. The deal must represent value for money and is subject to approval by Ministers.”
The Telegraph

Fear has a habit of focussing the mind, but where it’s the direct result of a policy drawn up by certifiable lunatics, it usually manifests as a form of panic, bordering on hysteria.

Before we deal with Britain’s pending – self-inflicted – gloom, we feel obliged to cover the suggestion by Peter Atherton, that Germany doesn’t have “the same security of supply problem as” Brits do.

Not so. The chaos delivered by wind power (or rather arising from the total, and totally unpredictable, failure of wind power to deliver at all) has German grid managers tearing their hair out, too:

With the previous government, Brits were lumbered with the lunatics from the Department of Energy and Climate Change – headed up by Lib-Dem, Ed Davey – who couldn’t tell a reliable Megawatt from his elbow; a ‘team’ wedded to the delusion that Britain could run on millions of these things and a whole lot of luck (see our post here).

After the Tories’ thumping win, Britain’s power policy is finally being restored to some kind of sanity. But, the scale of the damage already done will, no doubt, see Britons stocking up on candles and blankets this coming winter:

Like Dad, after an all-night bender; or kids coming down from a chocolate-infused sugar-rush, the consequences of momentary lapses of reason tend to punish the silly and willful.  And, so it is, with backing the greatest economic and environmental fraud of all time.

Notwithstanding David Cameron’s brilliant efforts to kill the rort, so far, its side-effects are going to see Britain experience more Winters of Discontent – for years to come. 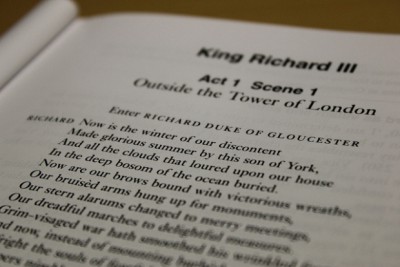