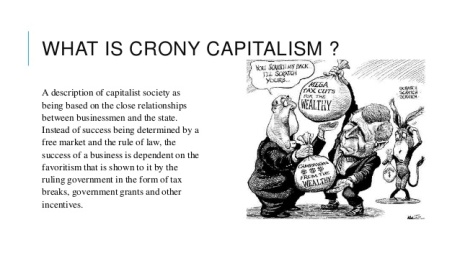 “Without the PTC, any mandated wind generation would be an even bigger political problem because its cost inflation would be exposed. The wind-is-competitive-with-fossil-fuels hyperbole would be refuted in real time.”

Congress enacted the Wind Production Tax Credit (PTC) in 1992 as a temporary measure for an “infant” industry.

Decades and nine extensions later, it is time to eliminate the PTC.

The PTC It is most beneficial to wealthy wind developers who are able to reduce their tax rate at the expense of the rest of us. It is past time to end corporate welfare for this mature, and in their own words,competitive, wind industry.

President Obama and the EPA’s aggressive regulation of existing power plants amounts to a federal takeover of the electricity system. One of the goals of this regulation is to shift electricity from affordable and dependable sources like coal toward expensive and unreliable sources like wind. (On-grid solar does the same thing.)

Without the PTC, any mandated wind generation would be an even bigger political problem because its cost inflation would be exposed. The wind-is-competitive-with-fossil-fuels hyperbole would be refuted in real time.

Extending the Wind PTC helps Obama/EPA get away with this phase of their forced energy transformation. It is past time to let wind producers stand on their own merit.

With this new tool, which includes a legislative tracker and an action center, AEA will encourage lawmakers to support efforts to end this taxpayer-funded handout. One feature of the hub is a video illustrating how the PTC is tied to President Obama’s new carbon dioxide regulation.

The goal of this regulation is to shift electricity generation from affordable and dependable sources like coal toward expensive and unreliable sources like wind. Obama’s plan will unavoidably raise electricity rates – hurting poor and middle class families the most. But without the PTC, mandating industrial wind power is a much more difficult task, as wind power needs handouts to survive.

Thus, Congress can take meaningful action against the Obama’s administration’s anti-energy agenda by eliminating the PTC. Watch the video below:

The hub’s legislative tracker shows which representatives have publicly taken a stand against the PTC, allowing Americans to thank their elected leaders for opposing this handout, or hold them accountable for supporting wind welfare.

Our action center will also serve as a resource for policymakers and activists by providing recent reports, blog posts and ongoing advocacy efforts on the PTC.
Master Resource

One of STT’s operatives recently stumbled across a cache of documents – recording a mass of work done by Gibbons, McAlpine and Miles George – of near-bankrupt wind power outfit, Infigen – back then known as Babcock and Brown. This mountain of documents – including internal memos, emails, press releases and presentations given to their political targets, like then Labor leader, Mark Latham – detail efforts by the trio to downplay any likely obstacles to their plans; and to blow the claimed ‘benefits’ of Babcock and Brown’s wind farms – and a planned Vesta’s blade manufacturing plant – out of all proportion with the truth.

Babcock and Brown’s investors, shareholders and creditors all ended up more than just a little worse for wear (to the tune of about $10 billion) as a result of precisely that kind of spin-doctoring shenanigans (see our post here).

In recent times, Gibbons is still working overtime to protect the wind industry by, among other skulduggery, rigging the terms of reference for the new wind farm commissioner in his benefactors’ favour; and appointing one of their own – a former renewable industry crony – as the commissioner.

Gibbons was also in there stacking the expert panel on wind farm noise emissions with hand-picked wind industry pets, like Kym Burgermeister – a noise ‘expert’ who has been defending his wind industry clients in the usual way for years.

Gibbon’s efforts to ‘fix’ it for his wind industry mates, by derailing the work done by the Senators on the Inquiry into the great wind power fraud, has left the Senate Cross-benchers – including STT Champion, David Leyonhjelm – furious.

The federal government has been accused of “reneging” on its commitment to crossbench senators regarding the powers of a scientific panel established to monitor wind turbine noise and health.

Environment Minister Greg Hunt said the appointments honoured a deal between the government and crossbench senators after a long Senate committee investigation earlier this year.

But senator David Leyonhjelm, who was on the committee, said the government had fallen short of its promise made to ensure passage of its renewable energy target legislation.

“Mr Hunt has reneged on his commitment, and it is difficult to see how the crossbench will be able to believe any of his undertakings in future.”

Crossbench senators had expected the panel to have greater investigatory powers.

But under the terms of reference the committee’s role will be to “improve science and monitoring of the potential impacts of sound from wind turbines (including low frequency and infrasound) on health and the environment’’. It will provide advice on the development of Australian methodologies and frameworks in sound measure­ment and standards for wind farms, including in the field of infra­sound and low frequency sound.

Mr Hunt appointed Andrew Dyer as National Wind Farm Commissioner for three years. Mr Dyer is a former chairman of the Telecommunications Industry Ombudsman Council and has worked in the renewable energy industry.

The independent scientific panel will be chaired by RMIT adjunct professor Jon Davy.
The Australian

Patrick Gibbons has been the captain of crony wind industry capitalism inside the (purportedly) Conservative Coalition; and has fought tooth-and-nail to ensure that the most colossal industry subsidy scheme in the history of the Commonwealth – that will cost all Australian power consumers $3 billion a year in higher power prices – all of which will be directed to Gibbon’s wind industry mates – is maintained:

Thankfully, Australian banks and power retailers aren’t having a bar of it:

Which means that Gibbons’ plans to destroy Australia’s economic future, on behalf of his mates at Infigen & Co, will eventually come to a shuddering halt:

Any policy that is unsustainable – as America’s PTC and Australia’s LRET most clearly are – will inevitably collapse under its own weight; or be ignominiously scrapped by those that created it. And that is a fact of economic and political life.