The claim of a 97% consensus on global warming does not stand up
Consensus is irrelevant in science. There are plenty of examples in history where everyone agreed and everyone was wrong

Richard Tol: ‘There is disagreement on the extent to which humans contributed to the observed warming. This is part and parcel of a healthy scientific debate.’ Photograph: Frank Augstein/AP 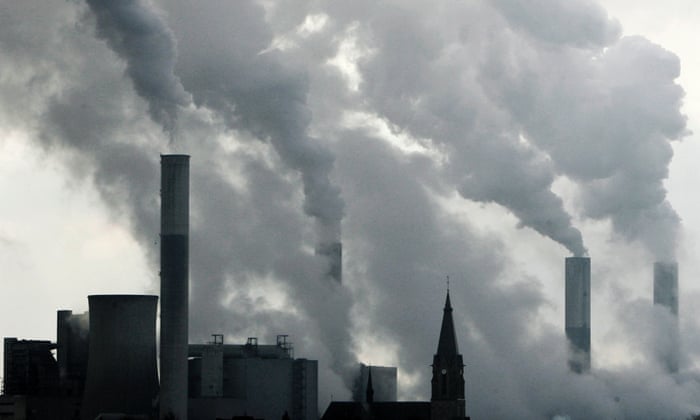 Dana Nuccitelli writes that I “accidentally confirm the results of last year’s 97% global warming consensus study”. Nothing could be further from the truth.

I show that the 97% consensus claim does not stand up.

At best, Nuccitelli, John Cook and colleagues may have accidentally stumbled on the right number.

Cook and co selected some 12,000 papers from the scientific literature to test whether these papers support the hypothesis that humans played a substantial role in the observed warming of the Earth. 12,000 is a strange number. The climate literature is much larger. The number of papers on the detection and attribution of climate change is much, much smaller.

Cook’s sample is not representative. Any conclusion they draw is not about “the literature” but rather about the papers they happened to find.

Most of the papers they studied are not about climate change and its causes, but many were taken as evidence nonetheless. Papers on carbon taxes naturally assume that carbon dioxide emissions cause global warming – but assumptions are not conclusions. Cook’s claim of an increasing consensus over time is entirely due to an increase of the number of irrelevant papers that Cook and co mistook for evidence.

The abstracts of the 12,000 papers were rated, twice, by 24 volunteers. Twelve rapidly dropped out, leaving an enormous task for the rest. This shows. There are patterns in the data that suggest that raters may have fallen asleep with their nose on the keyboard. In July 2013, Mr Cook claimed to have data that showed this is not the case. In May 2014, he claimed that data never existed.

The data is also ridden with error. By Cook’s own calculations, 7% of the ratings are wrong. Spot checks suggest a much larger number of errors, up to one-third.

Cook tried to validate the results by having authors rate their own papers. In almost two out of three cases, the author disagreed with Cook’s team about the message of the paper in question.

The 97% consensus paper rests on yet another claim: the raters are incidental, it is the rated papers that matter. If you measure temperature, you make sure that your thermometers are all properly and consistently calibrated. Unfortunately, although he does have the data, Cook does not test whether the raters judge the same paper in the same way.

Consensus is irrelevant in science. There are plenty of examples in history where everyone agreed and everyone was wrong. Cook’s consensus is also irrelevant in policy. They try to show that climate change is real and human-made. It is does not follow whether and by how much greenhouse gas emissions should be reduced.

The debate on climate policy is polarised, often using discussions about climate science as a proxy. People who want to argue that climate researchers are secretive and incompetent only have to point to the 97% consensus paper.

On 29 May, the Committee on Science, Space and Technology of the US House of Representatives examined the procedures of the UN Intergovernmental Panel on Climate Change.

Having been active in the IPCC since 1994, serving in various roles in all its three working groups, most recently as a convening lead author for the fifth assessment report of working group II, my testimony to the committee briefly reiterated some of the mistakes made in the fifth assessment report but focused on the structural faults in the IPCC, notably the selection of authors and staff, the weaknesses in the review process, and the competition for attention between chapters. I highlighted that the IPCC is a natural monopoly that is largely unregulated. I recommended that its assessment reports be replaced by an assessment journal.

In an article on 2 June, Nuccitelli ignores the subject matter of the hearing, focusing instead on a brief interaction about the 97% consensus paper co-authored by… Nuccitelli. He unfortunately missed the gist of my criticism of his work.

Successive literature reviews, including the ones by the IPCC, have time and again established that there has been substantial climate change over the last one and a half centuries and that humans caused a large share of that climate change.

There is disagreement, of course, particularly on the extent to which humans contributed to the observed warming. This is part and parcel of a healthy scientific debate. There is widespread agreement, though, that climate change is real and human-made.

In his defence, Nuccitelli argues that I do not dispute their main result. Nuccitelli fundamentally misunderstands research. Science is not a set of results. Science is a method. If the method is wrong, the results are worthless.

Nuccitelli’s pieces are two of a series of articles published in the Guardian impugning my character and my work. Nuccitelli falsely accuses me of journal shopping, a despicable practice.

The theologist Michael Rosenberger has described climate protection as a new religion, based on a fear for the apocalypse, with dogmas, heretics and inquisitors like Nuccitelli. I prefer my politics secular and my science sound.