Bill Shorten: enemy of the worker…

2016 was the year that Australia’s voting public turned on wind power with a vengeance.

Once upon a time, we were treated to pumped up claims from wind industry spruikers, like the Clean Energy Council, yes2ruiningus and ruin-economy based on loaded ‘surveys’ that there were only two types of people: those already in love with these things; and those who were just about to fall in love.

That was then, this is now.  All it took was a run of statewide blackouts in (notionally) wind powered South Australia and rocketing power prices: after the closure of its last coal-fired power plant, generation costs in SA are now fully triple those enjoyed in neighbouring (coal-powered) Victoria. 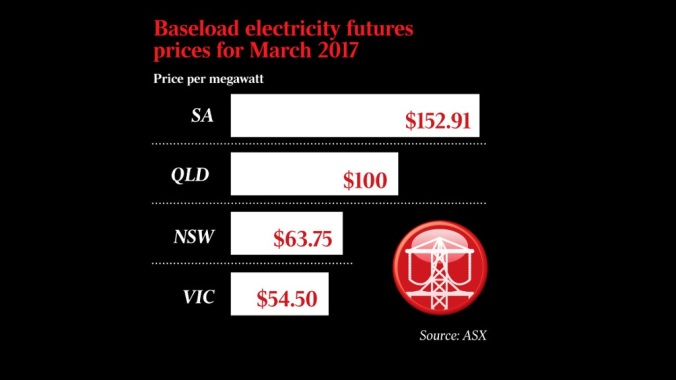 Against that backdrop, 2017 will be the year when the politics of renewables turns rancid.

For political hopefuls, including the Australian Labor Party, the moment has arrived when…