“If the industry cannot come up with more sustainable manufacturing and disposal processes, public acceptance of wind energy would decline if the public becomes aware of these issues” – Ramirez-Tejeda et al., 2017

Despite an explosion in installed wind capacity since 1990, wind power had achieved just 0.39% of the world’s total energy consumption as of 2013. 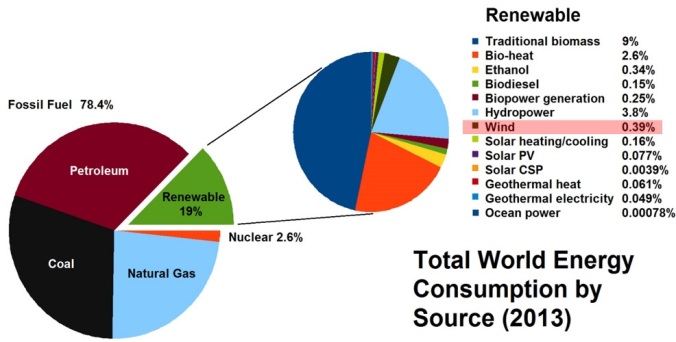 Germany has assumed a leading role in promoting the consumption of renewable energy.  And yet even in Germany the share of energy consumption from wind power reached only 2.1% in 2016.

Despite its extremely limited infiltration as a world energy source, it is assumed that a rapid expansion of wind power will ultimately be environmentally advantageous both due to its reputation as a “clean” energy…