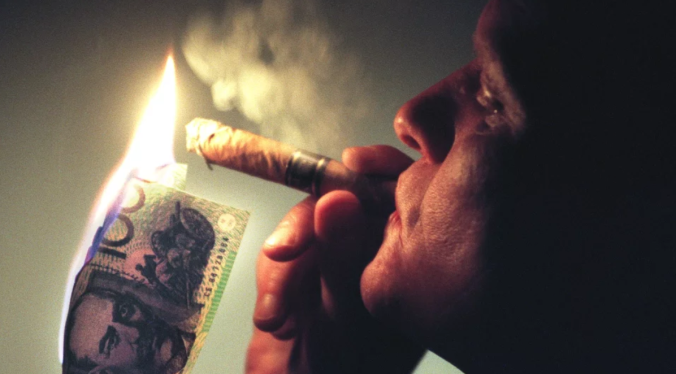 Setting fire to cash is one way of destroying value, throwing $billions in subsidies at intermittent wind and solar is just as effective.

Chicago gangsters displayed their notorious net worth by stoking up their stogies with hundred-dollar bills. Easy come, easy go, as they say.

So it is with the unreliables: wind and solar.

Australian power consumers will be forced to stump up more than $60 billion in subsidies to wind and large-scale solar over the life of the Federal government’s Large-Scale Renewable Energy Target (LRET).

The Federal government’s Small-scale Renewable Energy Scheme (SRES), along with State-based green schemes and Feed-in-Tariffs for domestic solar are adding more than $1.2 billion to power bills across the country.

Together the LRET, SRES and state FITs collectively deliver more than $4 billion annually in subsidies to wind and solar; all of which is added to rocketing retail power bills.