After almost 6 months, 8 hearings in 4 States and the ACT, dozens of witnesses and almost 500 submissions, the Senate Inquiry into the great wind power fraud has delivered its ‘doorstop’ final report, which runs to some 350 pages – available here: Senate Report

The first 200 pages are filled with facts, clarity, common sense and compassion; the balance, labelled “Labor’s dissenting report”, was written by the wind industry’s parasites and spruikers – including the Clean Energy Council (these days a front for Infigen aka Babcock & Brown); theAustralian Wind Alliance; and Leigh Ewbank from the Enemies of the Earth.

Predictably, Labor’s dissenting report is filled with fantasy, fallacy and fiction – pumping up the ‘wonders’ of wind; completely ignoring the cost of the single greatest subsidy rort in the history of the Commonwealth; and treating the wind industry’s hundreds of unnecessary victims – of incessant turbine generated low-frequency noise and infrasound – with the kind of malice, usually reserved for sworn and bitter foreign enemies.

Labor receives $millions in operational and election funding from Union Super Funds – which its members (both past and present) run as political slush funds – funds which are handled with wanton disregard for the working class mum and dads – who unwittingly end up ‘investing’ their hard earned savings in disasters like Pacific Hydro – a wind power outfit that torched $700 million of mum and dad super savings in a single year:

So, with their snouts wedged deep in the wind industry subsidy trough – and with everything to lose, it’s no surprise that Labor’s dissenting report is full of self-serving lies, omissions and half truths.

Fortunately, however, the majority of Senators on the Committee worked overtime to get the truth out – and made a suite of recommendations based on facts and evidence; and driven by those truly human attributes – common sense and compassion.

STT notes and thanks Coalition Members, Senators Chris Back and Matt Canavan – and Senators, John Madigan, David Leyonhjelm, Bob Day and SA’s Favourite Greek, Nick Xenophon for their tireless efforts throughout: efforts which have done more than any other Parliamentary Inquiry – anywhere on Earth – to expose the insane cost and utter pointlessness of the greatest economic and environmental fraud of all time.

Here’s a succinct little wrap-up on the Senate’s recommendations from Senator David Leyonhjelm.

Liberal Democrat Senator for NSW, David Leyonhjelm has hailed the findings of the Select Committee Inquiry on Wind Turbines as vindication of his motion to establish the inquiry and confirmation that regulation of the wind industry needs to change.

“It is abundantly clear from the evidence of regulators, the community, local councils and wind farm operators that the status quo is untenable,” Senator Leyonhjelm said.

“Only the wind industry and its cheer squad disagree. There are glaring planning and compliance deficiencies plus growing evidence, domestic and international, that infrasound and low frequency sound from wind turbines is having an adverse health impact on some people who live in the vicinity of wind farms. This is not something a responsible government can ignore.”

The report is critical of the work previously undertaken by the National Health and Medical Research Council on wind farm noise emissions, which many have relied upon to declare wind farms have no adverse health effects.

The committee is also concerned about “the lack of rigour” behind the position statement of the Australian Medical Association on wind turbine operations. The inquiry report criticised the AMA for refusing to give evidence before the inquiry, describing their position statement as “irresponsible and harmful”.

The final report, tabled in the Senate today, retains the recommendations of the interim report (which the government has accepted) but expands on these and adds more.

Among them is a requirement for wind farms to comply with national noise standards in order to be eligible for consumer funded Renewable Energy Certificates (RECs), that eligibility for RECs cease after five years to lessen the financial burden on consumers, that state EPAs have jurisdiction over wind farms rather than local councils, that the Clean Energy Regulator be subject to a performance audit by the ANAO, and that the Productivity Commission be required to examine the impact of wind power generation on retail electricity prices.

“Senators involved in this inquiry have been attacked by the Big Wind lobby and those who see it is an assault on all renewable energy. The Labor representative on the Committee, Senator Anne Urquhart, joined this criticism following the interim report.

“However, the report shows there is a problem with the wind industry, not renewables such as solar, hydro, geothermal and biomass. There are potentially just as many jobs in these and nobody living close to them is getting sick. Labor’s enthusiasm for renewables needs to incorporate some compassion for those being hurt.” 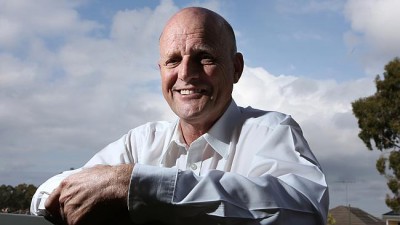 A fair call David – but, then again, common sense rarely needs an advocate.

Meanwhile, Committee Chair, Senator John Madigan went on the offensive in his home state of Victoria – where wind industry front man, Labor Premier, Daniel Andrews has adopted an approach to his constituents that would have made his pin-up boy, Generalissimo Stalin, glow with pride.

“There is growing evidence living near wind turbines can be detrimental to health,” Senator Madigan said.

“While for a long time this evidence mainly came from the reports of affected individuals, more recently a number of studies have lent scientific weight to their concerns, such as the German and Japanese studies recently reported on,” Senator Madigan said.

“Yet, in the face of this, we have the Premier telling us his government is ‘unashamedly pro-wind power’ and indicating plans to boost investment in the sector.

“Beyond the detrimental health impacts, this could leave the state liable to future claims by those who suffer ill-health as a result. Where there is a reasonably foreseeable risk of harm the law requires us to act prudently to avoid that harm. If we fail to do so we are expected to compensate those impacted. The Andrew’s government is confronted with just this type of situation.”

Senator Madigan said the Premier had been aware of the potential health impacts of wind turbines since at least June 2010 when, as Health Minister, he attended a community cabinet meeting in Bendigo and was handed a file containing approximately twenty statutory declarations made by people living near Waubra wind farm. Each statutory declaration detailed negative health impacts residents attributed to noise from the wind turbines.

Senator Madigan said: “Given the Premier has known about this for some time, it is completely irresponsible for him to be promoting the construction of more wind farms around the state.

“With peoples’ health at risk, the state government should exercise the precautionary principle and delay the approval of any further wind farms until their health impacts are properly understood. This is the only responsible position under the circumstances.”

Senator Madigan said he would write to the Premier to request a moratorium on the development of further wind farms until their health impacts are properly understood.