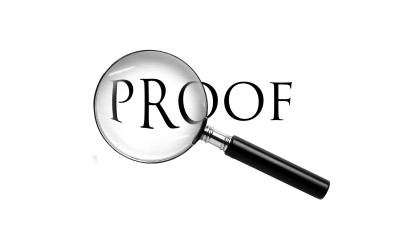 Among the growing list of what’s getting to the wind industry, its parasites and spruikers is the fact that – despite their relentless efforts to cover up both the work and the results – highly skilled people are working flat out around the world to discover the precise mechanism that causes the adverse health effects from incessant turbine generated low-frequency noise and infrasound, including sleep deprivation, vertigo and the like.

It’s not only the fact of their rather obvious conclusions that has wind-spinners in apoplexy, it’s the fact that they’re looking at all.

You see, the line being run is that there is NO problem – a tobacco advertising guru said so – so why on earth should anyone be looking?

For the wind industry and its parasites, the problem is, that there IS a problem: teams of highly skilled scientific investigators don’t generally devote their every waking hour to chase answers and solutions, when there’s nothing to chase.

Here’s just another example of what properly qualified people can do when looking for answers to real problems.

This time the victims are Iranian wind farm workers, who, funnily enough, suffer precisely the same negative health consequences as everyone else who has the miserable misfortune to be exposed to the insidious and intolerable noise and vibration generated by these things. Here’s a summary of the study.

Background: The wind turbine’s sound seems to have a proportional effect on health of people living near to wind farms. This study aimed to investigate the effect of noise emitted from wind turbines on general health, sleep and annoyance among workers of Manjil wind farm, Iran.

Materials and methods: A total number of 53 workers took part in this study.

Based on the type of job, they were categorized into three groups of maintenance, security and office staff.

The persons’ exposure at each job-related group was measured by eight-hour equivalent sound level (LAeq, 8 h).

Results and discussion: The results showed that, response variables (annoyance, sleep disturbance and health) were significantly different between job groups.

The results also indicated that sleep disturbance as well as noise exposure had a significant effect on general health.

Noise annoyance and distance from wind turbines could significantly explain about 44.5 and 34.2% of the variance in sleep disturbance and worker’s general health, respectively.

Conclusions: We came to this conclusion that wind turbines noise can directly impact on annoyance, sleep and health. This type of energy generation can have potential health risks for wind farm workers.

The hard-hitting team behind the paper were:

One thought on “More Proof that Proximity to Wind Turbines, Affects Sleep & Quality of Life”