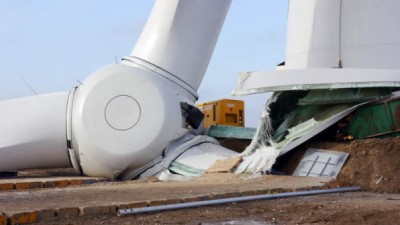 Workers of the Hamburg-based Nordex company were operating a large hoisting crane by remote control as it lifted the 60-tonne wind turbine rotor assembly for mounting onto the 200-meter tall tower.

At 60 meters height the entire assembly came crashing down onto the earth below.

According to an eyewitness, a gust of wind may have caused the rotor to strike the tower before falling.

The SVZ reports that the impact likely caused irreparable damage to the structure’s foundation, and so the entire turbine unit will have to be rebuilt complete from scratch.

Damage is estimated to be in the hundreds of thousands of euros. No one was injured.

The accident is now under investigation and a construction strop has been ordered until the cause of the accident is determined. The SVZ writes that the estimated cost of a new wind turbine is near 5 million euros.
NoTricksZone 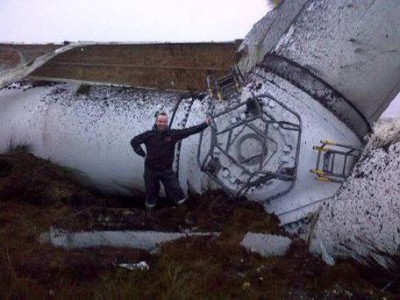