When will the idiots get it through their heads? Wind energy is NOVELTY energy. NOT fit for “Prime Time”! 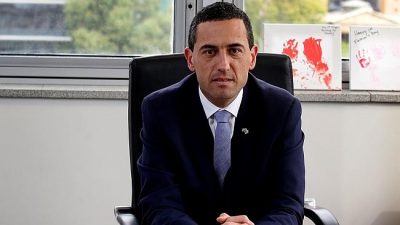 Tom Koutsantonis: the ‘Joker’ in the pack, but SA isn’t laughing.

South Australia is, thanks to its ludicrous attempt to run on sunshine and breezes, now on the World stage: for all the wrong reasons.

With total and totally unpredictable collapses in its wind power output, SA is now accustomed to routine load-shedding (dropping suburbs and whole regions off the grid to keep the rest running) and the odd state-wide blackout. Then there’s the small matter of retail power prices which, for businesses have doubled in 12 months and which are all set to double again.

A suite of consequences which have energy experts around the globe quietly giggling and saying ‘we told you so’. One of them is London based Senior Research Analyst with the World Nuclear Association, Ian Hore-Lacy.