Doug Ford… Working on making Ontario a prosperous province once again, not one requiring hand-outs! 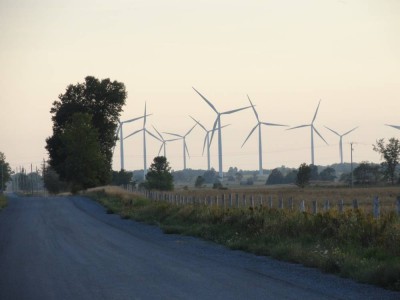 Ontario’s Kathleen Wynne simultaneously destroyed her political fortunes, as she set about destroying one of Canada’s most productive provinces.

A raft of policies drawn up by Wynne and her fellow eco-zealots, all safely ensconced in Toronto, resulted in thousands of these things being speared right across Ontario.

Furious communities and rocketing power prices are the only ‘dividends’ on show.

Wynne and her band of lunatic Liberals were duly rewarded with an electoral drubbing at the hand of Doug Ford and his Progressive Conservatives back in June.

Ford reduced the Liberals to a sullen rump, after running on a platform that made no secret of his hostility to heavily subsidised and completely chaotic wind power.

Ford promised to scrap the Green Energy Act, put in place by Wynne’s Liberals, that was primarily responsible for wrecking Ontario.

Here’s a trifecta from Toronto on Ford’s efforts to undo the damage done, starting with…