French honor the memory of fallen soldiers, and refuse the bid for a wind turbine project, near the memorial commemorating Australian soldiers from WWI! 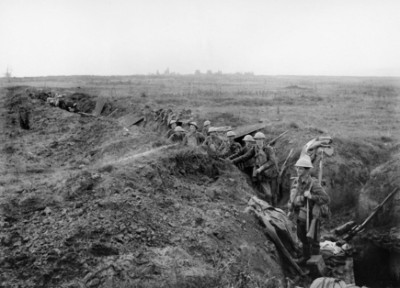 AIF, Le Verguier, France: a soldier’s well dug trench, often became his final place of rest; and to Australians, our most hallowed ground.

25 April is Anzac Day, a day which looms large in Australia’s history, and collective consciousness, marking the beginning of Australia’s bloody entry to the War to end all Wars, on the beaches of Gallipoli, on that day in 1915.

Not so much a celebration, as a reflection on the honour, courage and spirit of Australia’s fighting men and women, Anzac Day causes even the hardest heart to melt in awe at the extreme sacrifice offered, and made, by the finest young men this country had to offer.

Consider a country, remote from the rest of the world, barely a “Nation”, with a little over 4 million people, largely clinging to the south-eastern cities and coasts of its wide brown land, that saw some 420,000…