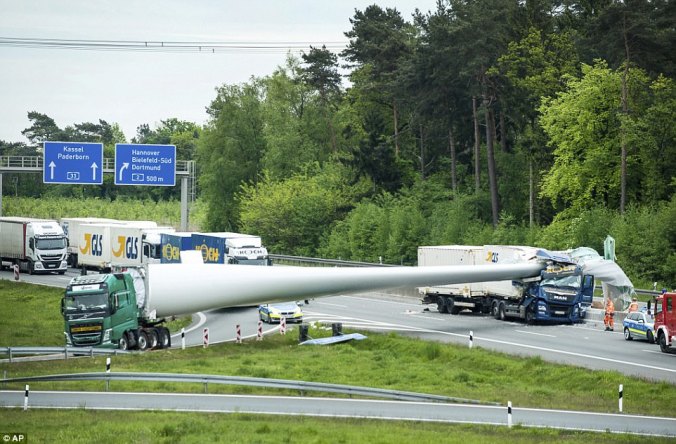 That the wind industry is responsible for havoc and chaos is not news to STT followers, but normally it’s rocketing power prices, wrecking power markets and grids and ruining communities that springs to mind.

In this case, the mayhem arose even before the blades started spinning in some dimwit’s back paddock.

A lorry was crushed by the blade of a 62m wind turbine which went spinning across the German autobahn after a transporter truck crashed.

Autobahn 33 was closed just outside Bielefeld, between Hanover and Dortmund, when the truck carrying the 16-ton wind turbine was rear-ended by another vehicle.