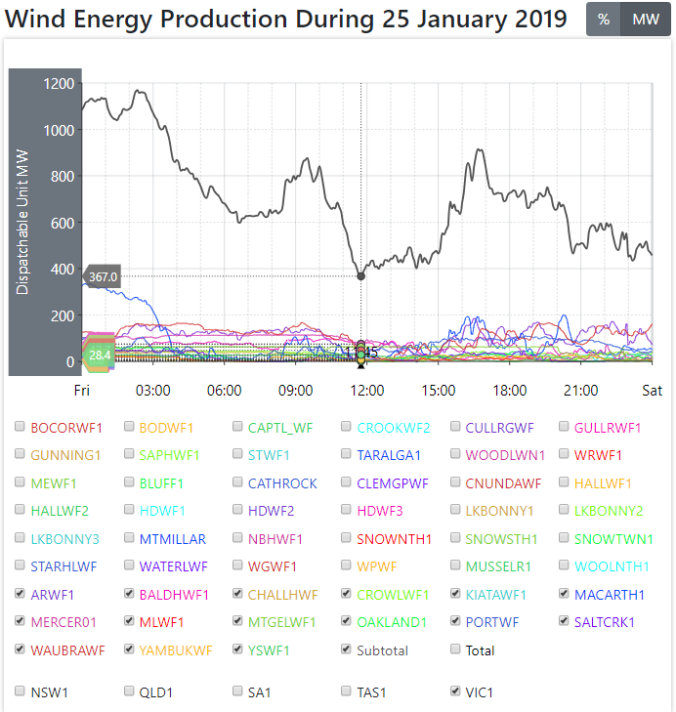 The dreamers who think they’ll soon be running entirely on sunshine and breezes, have just been smacked with reality, in Victoria, at least.

There’s something poetic about watching infants being forced to grow up. And, so it is, with once loyal RE zealots, being forced to rethink their love affair, after their taste of what it’s like swelter in Melbourne, without the benefit of that first world necessity, electricity.

Over the last couple of posts, STT has focused on the chaos that reigned in South Australia and Victoria on a couple of hot days – coupled with wind power output collapses (see above) that resulted in hundreds of thousands being deprived of power, 200,000 in Victoria, alone – and the price of power going through the roof.

Watching the panic spread was, somewhat, amusing. Nothing like watching those who thought they understood the electricity system left floundering and struggling for…